I’ve been thinking a lot about friendship and relationships lately.

It’s funny how some people can be so important in one part of your life but then something happens and you no longer associate at all; it’s weird how people grow apart even though they’re both headed in the same direction.  It’s also oddly uncomfortable to really think about the people you actually keep up with and realize you don’t know what made them different than everybody else.

I saw the image below on Facebook and it really resonated with me and what has been running around in my thoughts lately, so I thought I’d stick it here. 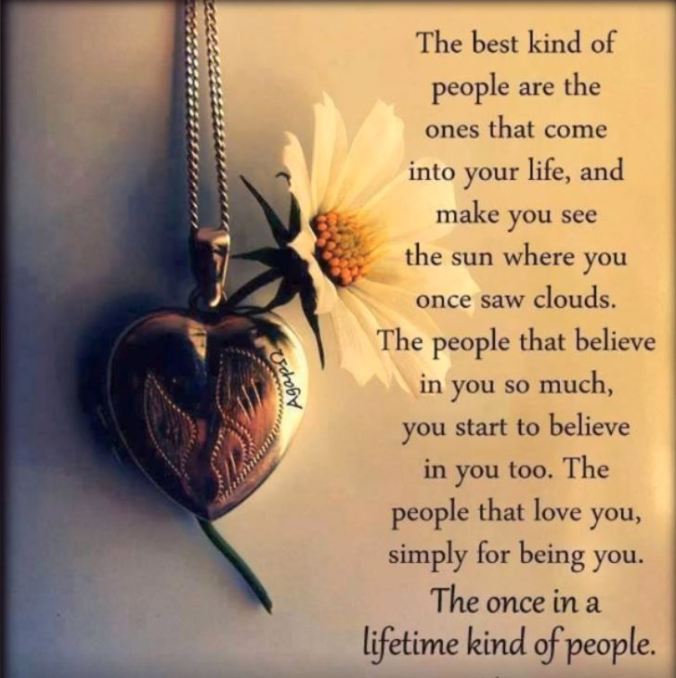 The only important conclusion I can come up with, through all of my pondering, is that if you ever do find that rare unicorn of a person — the one that you’re unafraid to be yourself around, the one that you never have to explain anything to or apologize to, the one that always knows just the right thing to say in any situation, the one that makes the world brighter just because they exist — hold them close and cherish them for the magical beasts that they are.  They’re once in a lifetime and we only get one of those.

After finishing one mitten, I decided to take a break from juggling four yarns and crochet something.

I’ve been needing whimsy in my life, so decided to make a pair of Goldfish Boots for myself since my last pair of slippers died in the wash.  I grabbed the pattern, as well as the matching yarn, when there was a pretty good sale.  This is the first time I’ve ever bought the suggested yarn for a pattern.  I liked the variegation in it…but I don’t like that both skeins didn’t start on the same color.  Each slipper looks like it’s going to use almost the entire skein.  I’ll know more once I finish the first one but I’m not holding my breath that I’m going to be able to clip the next ball yarn to the same starting color.  I guess mismatched shoes won’t kill me but it still irks me a bit.

I forgot to turn the photo but it’s coming along nicely.  I started last night after dinner and, with every craft, I work at a snail’s pace.  I have the cuff, fins, and eyes left.  It shouldn’t take too long to finish this one up then onto its friend!

Last night I finally had time to join in an IRC #quiltchat.  There aren’t many of us active lately (illness, no time, etc…) but if you ever want to chat about quilting and other things, you can find us there a little after 10 p.m. EST.  I crocheted the slipper while chatting, so we’re really not a fast gaggle.  😛

I’ve slowly been working on a pair of mittens for my Grandmother.

I finished the first one today, short of weaving in all the bajillion ends.  I hate that part, so I’ll save it for after I start the second one.

The pattern is Butterfly Mittens from Ravelry.  I had to modify and rechart it so that it would look like the butterfly is in the palm of your hands if you hold them together.  I also changed it from fair isle to intarsia so I could make the butterfly a monarch.  So far, so good!

It’s not perfect, I’ve never made a mitten before…and changing it to intarsia in the round was probably not the smartest thing for a first buuuut it was fun.  I enjoyed it.  The only thing that irks me was having to reverse the work at the thumb, so it looks a little loose there.  I think I can tighten it up and make it look cleaner when I’m weaving in ends.  The photo was when I was testing the thumb length before decreasing.

When I was little, I used to spend hours by the stream at my Grandmother’s house looking for monarch caterpillars.  She used to say I could find them better than anybody;  I even spotted one while riding a bike once.  I absolutely loved raising a caterpillar and watching the full metamorphosis then releasing the butterfly once its wings dried.  If I found extras, I would send them to my uncle for his preschoolers to tend.

Even though I’ve only seen one monarch since moving north, I’ve established one gardening rule:  do NOT cut the milkweed.  I want to be prepared, just in case.  🙂

Well, that last post needed to disappear faster than I anticipated.  Fun times! 😀

Through the years I’ve linked my blog to a few accounts and I started receiving messages through those forums about the content, including one from somebody I know.  Thankfully our association is very limited and they don’t know anybody mentioned in the post…but still.  I was quick to take down that account.  Take no chances!

I did receive some wonderful tidbits of advice and I really appreciate having fresh perspectives and new ways to approach my thoughts. ❤

I still don’t know what to do and probably won’t until I’m forced to make a decision. I do know what I’d like to happen in a dream world but that’s about the extent of it: dreams are just dreams. I’m far too practical to spend my life wishing the impossible.

I would also like to say that I’m amazed at how counter-productive some people can be.  Being hateful, saying there’s something wrong with the person and they need counseling, or saying you went through worse doesn’t help anybody.  Seriously, don’t.

Everybody processes and feels stuff differently. Some things do more harm than healing, even if you think your intentions are in the right place. How would you feel if somebody told you what you’re telling another?

I’m all about delivering harsh realities.  I’m too blunt and lack an empathy chip when it comes to most people…but I’m also a firm believer in compassion.  Think before you speak; there is a time and a place.

Since I’m feeling rather ornery after some of the things said today, I’ll just leave a link to my favorite song to listen to when I’m angry.  It’s pretty apt right now and it always cheers my crass self up.  A fair warning to people who are upset by certain language, this song is sure to offend your sensibilities:

Fucked With an Anchor by my favorite pirate metal group, Alestorm.

I had a small order to whip out this week: a lunchbox and two mini wallets. 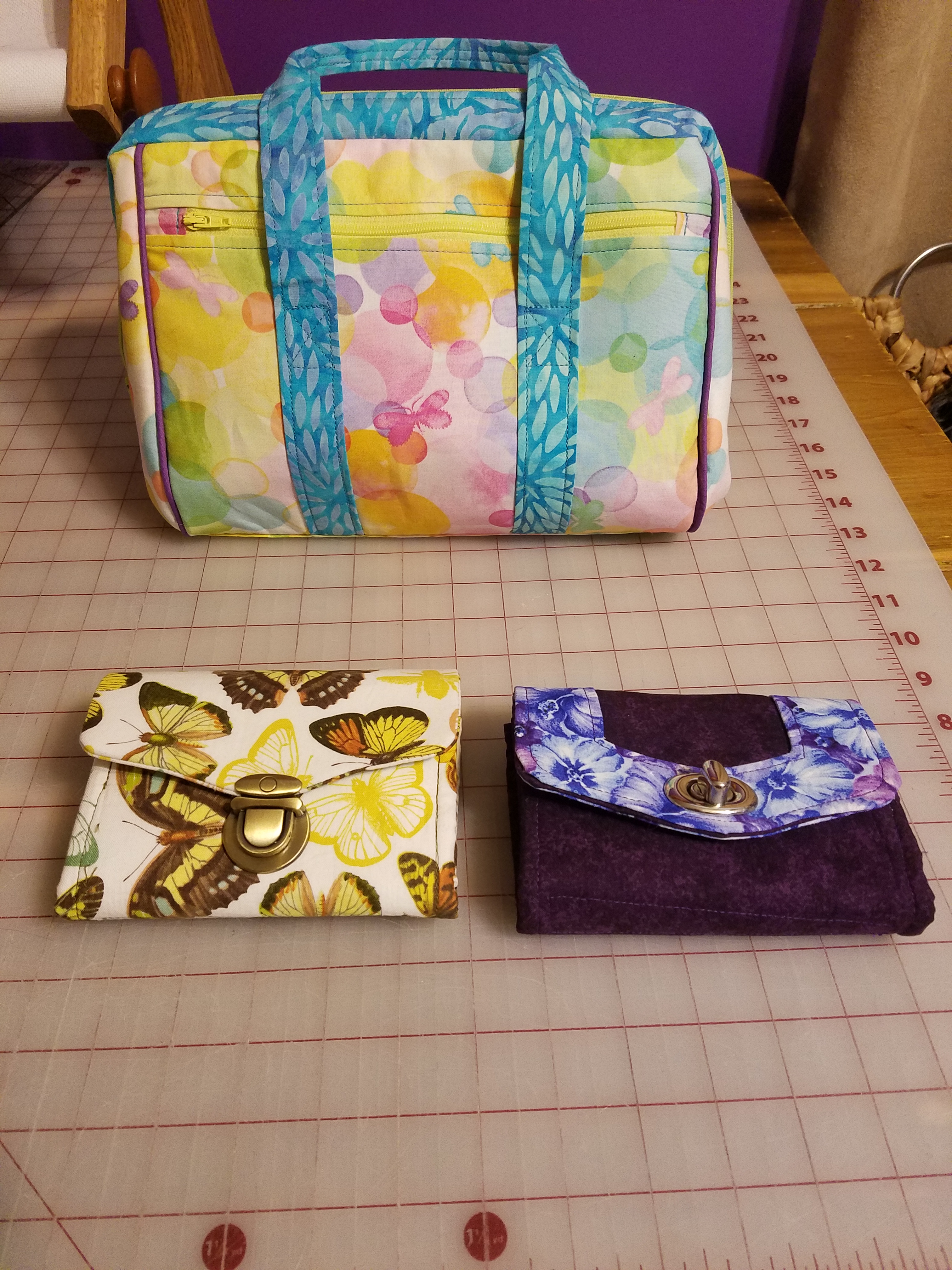 Nothing major but I’ll admit to stretching out sewing them as long as I could because my in-laws were visiting and I needed an excuse to be away from them.  I don’t mind my mother-in-law, I even enjoy being around her, but my father-in-law is all that I dislike in humanity crammed into one person.

All things considered, it has been a nightmare of a week.  Insults, being belittled, blatant disregard for my home and property…and it all culminated with our poor mailman being bitten in the penis by a dog.

I’m too mentally exhausted to get into the details now but the mailman is okay other than being sore (no punctures, thank goodness), my father-in-law screamed in the face of the USPS supervisor, and the cops ended up getting involved.

Any suggestions on a way to permanently ban my father-in-law from visiting here *ever* again?

I’d prefer a way that doesn’t involve divorcing my husband that never intercedes with his father…but at this rate, that option is starting to look acceptable.